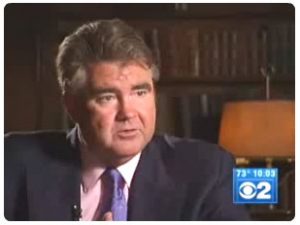 MARENGO – Some teens are claiming a suburban cop is abusing the badge — and they point to a videotape to prove he doesn’t protect and serve, he only pounds and punches.

A police officer is caught on camera repeatedly hitting a man. It’s a CBS 2 exclusive, and the tape is surfacing tonight after more alleged victims have come forward. CBS 2 investigative reporter Dave Savini reveals accusations of an out of control cop.

An officer is caught on tape striking a handcuffed man in the back of his police car. A neighbor records the blows, which eventually stop when the Waukegan cop, Officer Scott Crawford, realizes he’s been spotted.

The alleged excessive force victim sued and Officer Crawford resigned during an internal police investigation into his conduct. But the videotape of the 2001 Waukegan case is finally surfacing now. Now that Crawford is a cop again in Marengo, Illinois facing similar allegations.

“I couldn’t breathe. I thought I was suffocating,” Nichole Surber said.

Sherber and brothers Brian and Kevin Gaughan are three of five Marengo teens who plan to file a lawsuit against the Marengo Police Department and Officer Crawford.

“I was shocked how the cop was acting. I was scared. Yeah, it was definitely out of control,” Kevin Gaughan said.

“I had cerebral concussion right here, I had whiplash I had cuts on both my wrists from the handcuffs,” Brian said.

The brothers say they were beaten after smarting off to Officer Crawford last year at a state fair when he asked for their ID’s.

“He gave us our ID’s back. He says, ‘You guys have two seconds to walk away and get out of here.’ I said, ‘Okay, walking away one, two’ and something snapped and he just runs over to me swearing, ‘You mother…,'” Kevin said.

The brothers were charged with aggravated battery to a police officer and so was Nichole Surber, but in a different case.

She says she still has the scars allegedly inflicted by Crawford and a police dog. All, she says, because she was suspected of drinking alcohol at a high school football game and resisting arrest.

“He tackled me to the ground, he sat on me, he lifted me up by my handcuffs and ripped me out of the car by my ankles,” she said.

Paul Ciolino is a private investigator hired by the teenagers’ families a year ago. He recently uncovered the videotape.

“It’s a reign of terror. He’s ruined these kids’ lives. A lot of them have been charged with felonies,” he said.

Crawford is now facing internal charges — not for the alleged beatings, but for lying on his Marengo job application about his past.

“I can guarantee that there’s gonna be a number of lawsuits filed against Crawford and the City of Marengo,” Ciolino said.

Crawford has been suspended from his Marengo police job. He’s also charged with violating policy during a high-speed chase. Crawford’s attorney would only say they plan on taking his side of the cases to the police board.

The Marengo police chief says he was not in charge when Crawford was hired and he would not comment on how thoroughly his background was checked.

The victim on tape received a $30,000 settlement. His name is Jose Gonzalez and his attorney says he has moved back to Mexico.